Get 10% off when you use code FIRST10 at checkout! SHOP NOW

Who doesn’t love brownies? After all, they are the ultimate comfort food. Just one bite of that chocolatey goodness and the cares of the world just fade away. Brownies are so much more than little baked squares of chocolate. Here are some fun facts we bet you didn’t know about this favorite baked treat.

1. No one really knows the origin of brownies. The three most popular theories involve baking mistakes: adding chocolate to a batch of cookies, forgetting to add the baking powder to the batter, or leaving out the flour.

2. There are many types of brownies with endless mix in combinations, including classic, flourless, butter-less, low fat, gluten free, and raw.

3. The classic brownie is made with flour, butter, eggs, and unsweetened chocolate along with extra sugar to offset the bitterness

5. The largest brownie weighed 3,000 pounds with 750 pounds of melted chocolate chips. It was displayed in 2001 in Suffern, New York at the Hudson Valley Chocolate Festival and Holiday Crafts Show.

6. The first brownie was not chocolate; it was a blondie that was sweetened with molasses.

7. National Have a Brownie Day is February 10.

8. The first published chocolate brownie recipes, one of which was called Bangor Brownies, appeared in two 1904 American cookbooks.

9. The most popular brownie mix-in is walnuts.

10. Brownie points is a term used to describe a virtual social currency that is earned when doing good deeds or for going the extra mile, often for a boss, spouse, teacher, or parent.

At Bertha Mae’s Brownie Company, we know brownies! Each of our scrumptious recipes is carefully crafted to deliver the perfect blend of flavors with just the right amount of chewiness so that each bite is a personal experience. Are you hungry yet? Well, the good news is, you can order brownies online, just visit our site, take a look at all our brownie varieties, and place your order. You’ll be enjoying some home baked love in no time. 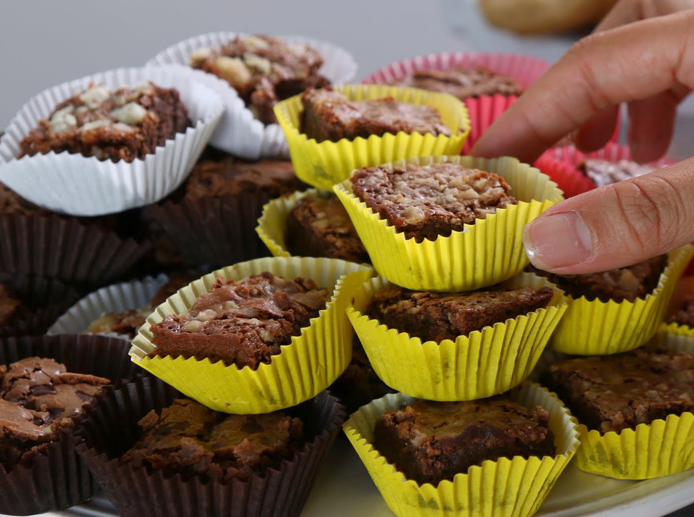 What Can We Do For You?